What about oil prices?!

In case you missed it, we’re closing on a fantastic multifamily investment in Oklahoma City. A couple investors have expressed a skepticism about the Oklahoma City market because they automatically assume it’s 100% tied to oil prices.

This is a terrible mistake!!

While it’s true that oil and gas has historically played a significant role in the state’s overall economy, in 2019 it’s less dependent than ever. In fact, there are fewer statewide oil and gas jobs in 2019 than there were in 2014.

This is due in part to a decline in gas prices during 2016, but it’s also because of increases in efficiency. Simply put, oil and gas companies are able to earn more while employing fewer. 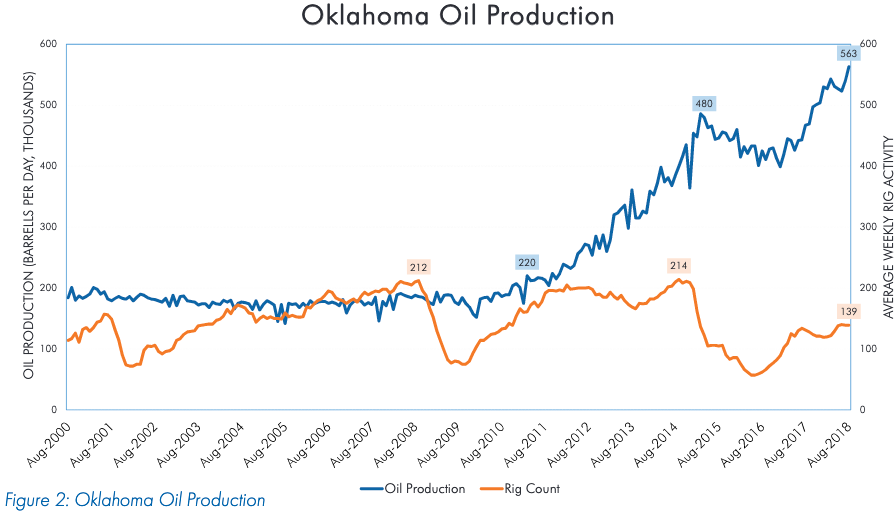 Look at those two charts above and compare them to the next two, which show Oklahoma City job growth in two of its most important sectors.

Get the picture? Even while oil and gas jobs are flat, two other sectors that are collectively six times larger are growing like a weed!

(Speaking of weed, earlier this year Oklahoma legalized medical marijuana. Take a look at this map of all the dispensaries that have popped up just in the last nine months.)

For Oklahoma City, worrying about oil prices is like going back to 2003 and worrying about Apple’s market share for personal computers. It’s outmoded thinking. Microsoft missed out on $56 billion in passive gains because of that kind of thinking.