Scaling Your Flipping Business: Bring it to the next level – Steven Pesavento 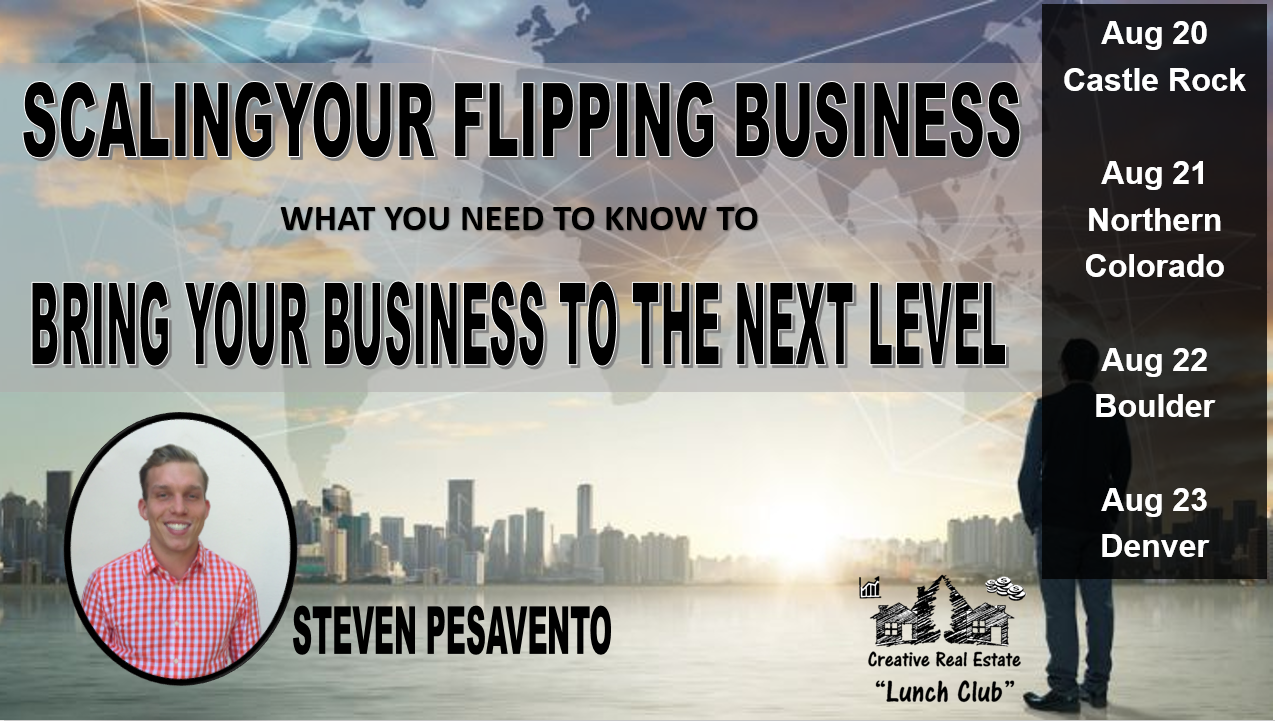 We’ve all been in that situation where you’re moving from one flip to another, which creates a business of feast or famine.

Steven Pesavento will be sharing the 3 key business structures that you need to build in order to build a sustainable flipping machine!

Steven is new to investing, but he’s proven himself very quickly. In their first year in the business his company purchased over 75 houses, build 3 new homes and completed over 19 renovated. Taking a systems approach to REI, modeled after close mentors and from his background in Management Consulting, his team has been able to build a well-functioning home-buying and selling machine. They currently operate in two markets in North Carolina and Minnesota, which he manages from out of state. He’ll be the first to tell you that the secrete isn’t creativity (as he modeled this from what worked for others), but rather they key is execution.