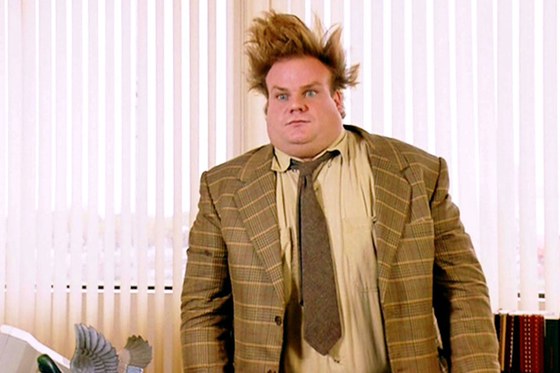 In 2015 I was stressed, anxious and burned out, which in the tech startup world is known as “just another day at the office.” Over the course of 20 years I had founded a half-dozen companies. They all had three things in common:

In Chicago in 1996 I started my first company at the age of 27 . We made software for managing customer service over email. (Aside: in 1996 most investors I talked to didn’t think consumers would use email much. True story!) After nearly going under three or four times, and racking up a lot of personal debt along the way, in 1999 I sold it for roughly $20 million in stock to a company in Boulder, Colorado. I didn’t get all of that money, of course, because I had investors. In fact, I didn’t even get 20% of it, but I got enough to want more of this Dotcom Kool-Aid everyone was drinking. I was 30 years old and a multi-millionaire. The future looked bright!

By 2003 it was almost all gone. Like millions of other investors, I lost most of it in the 2000 crash. And while people always refer to it as a “crash,” the truth is it was a slow motion death spiral. During the bull run I was addicted to watching the price on Yahoo Finance. Up one day, down the next. Up one day, down the next, my net worth gaining or losing $500,000 in 24 hours. Starting in March of 2000 it became nothing but down, down, down, down, down, and continuing for 18 months. That company was eventually acquired for a pittance. Not because of the value it had created, but because a competitor wanted to remove it from the marketplace altogether. As one of my co-workers described the transaction: “everyone got screwed.” (That competitor later almost went bankrupt themselves until a private equity firm took them private.)

You’re probably wondering, “why the hell didn’t you sell it?!” Sometimes I wonder the same thing. It was partly because I had “golden handcuffs” and couldn’t cash out any of my stock until the crash had already started. But it was my own hubris as well. I thought I would go on to start a billion dollar tech company, so what’s a million here and there?

A favorite quote of mine: “Good decisions come from experience, and experience comes from bad decisions.”

One thing I did do was buy my first residence. In 2003, thanks to those amazing mortgages lenders were offering, I put down $7,000 on a $263,000 townhouse. At the time I wasn’t especially excited about owning a house. But it was in Boulder, which has always had a rock solid housing market, so I felt confident in my investment.

In the meantime I kept starting and joining tech companies. Some of them did okay, one of them did really well, and the rest died on the vine.

As you can imagine, this kind of stress takes its toll. Not everyone can handle it. I struggled to maintain my health, eat a reasonable diet and get enough sleep. I struggled to be present in my relationships. And all the while I looked at the tech superstars like Elon Musk and wondered, “what has he got that I don’t? What’s the ‘it’ factor that I’m missing?”

After 20 years in the business I realized a few things:

1. Most tech companies fail.
2. That failure extracts a heavy personal toll on the founders.
3. Superstars make it to the commanding heights through a combination of luck and a fanatical commitment to work that often destroys their relationships.
4. And finally, young, idealist tech entrepreneurs are the chickens in Silicon Valley’s factory farm.

For every Elon Musk or Mark Zuckerberg, there are literally 1,000 other founders who fail. They are the Lebron James and Stephen Curry of business. They’re not just intelligent and hard-working —  there are a lot of intelligent, hard-working people out there — they are among the most intelligent people in the world, and just as important, they are on the far right side of the bell curve in their capacity to work insane hours. They are the 1% of the 1%. They have an inner motor that drives them in the same way Stephen Curry’s motor drives him to shoot one hundred three-pointers after every practice.

It took me 20 years to realize I didn’t have that. Some might say that I “washed out,” and they may be right. But the truth is that I wouldn’t trade places with Musk or Zuckerberg for all the money in the world. As the saying goes, “more money, more problems.” I just don’t have the genetic makeup to work the hours they do on the problems they tackle.

In late 2015 I grew bored with living in Boulder and decided to move 20 short miles and a world away to downtown Denver. I wasn’t 100% sure about the decision, so I rented out my townhome in case I changed my mind.

I didn’t realize it yet, but my career as a real estate investor had started. I had decided I didn’t want to be an early stage tech guy any more, but I quickly realized that I didn’t want to work for a larger company either. I had a lot of experience and skills, but I had a hard time getting excited about fixing someone else’s bugs or selling someone else’s product. (By the way, even large tech companies are incredibly stressful. They put on a brave face with their web sites and advertising, but behind the scenes they are almost universally a sh*t show.)

So I started looking around for something else to do, very pleased that I had $600 of monthly passive income from my townhome. My real estate agent neighbor mentioned BiggerPockets. I checked it out and quickly had an epiphany: real estate investing can be extremely creative. I mean, yes, of course you can follow the traditional path of putting down 20% plus a mortgage to buy a rental property. But there are dozens and dozens of ways to make money in real estate. You can do it with zero money down using private money; or  lease-option, subject-to, property trades and on and on and on. And then there are related investments such as tax liens and non-performing notes.

After browsing BiggerPockets and attending some of their webinars, I got the sense that real estate might be a good fit for me, but I wanted to meet other investors just to be sure. I searched Meetup.com for “real estate,” and one of the first results was the Creative Real Estate Lunch Club. I went to what turned out to be the group’s very first meetup. There were five or six of us there, including my future partners Manny and Adam. (Make sure you listen to Adam’s description of that encounter, which almost didn’t happen at all).

The main thing I learned was not so much about real estate, but about how collaborative and helpful people are. So at this point I had a new set of realizations to ponder: I learned my own personal “Three C’s” of real estate:

I learned that unlike most tech startups, real estate can generate returns very quickly. I learned that there are a lot of helpful people who want to collaborate. And I learned that you can be very creative in how you structure a deal. Most importantly, I learned that you don’t have to be tech genius with a 150 IQ and be willing to do 80-hour work weeks nonstop for years. In fact, many people do real estate investing part time and never give up their day jobs. And every week there was a meetup where I could learn most of the how-to’s for free. How cool is that?

After a month or so of meetups, I decided I wanted to go into multifamily because, being a tech guy, I always look for ways to scale. But I also knew I couldn’t do it alone. I needed to be part of a team.

In my startup experiences, one thing I learned is that the best way to attract partners is to just start doing what it is you want to accomplish. Want to buy a house? Start making offers off Zillow. Want to buy an apartment complex? Browse LoopNet for deals and make offers. Forward motion, however small, is much more likely to put you in touch with people who can help you. So I started a Denver house-flipping business to help me learn the basics: how to value properties, how to talk to sellers, how to estimate rehab costs etc. (Major shoutout to Danny Johnson’s Flipping Junkie podcast for teaching me much of that.) I kept going to meetups to learn from like-minded people, I kept reading BiggerPockets’ very deep library of articles, and I listened to every podcast I could find.

Most importantly, I told everyone I met that I’m looking for partners to do multifamily. (As an aside, I’m very introverted and don’t like networking events. I’m the complete opposite of a “life of the party” person who effortlessly attracts interest. Networking is the true “job” part of my work. Point being, don’t look at me and say “I’m not like him so I can’t do that.” You are and you can.)

By this time Adam and Manny had formed a company together. I could tell they were smart and hard working, and I wanted to be a part of it. So I just kept coming to meetups and telling them I wanted to work with them, either as an investor or as a business partner.

After seeing I was committed, and wanting to do multifamily themselves, Adam and Manny asked me if I’d be interested in joining them. We talked about it a bit and Adam finally asked: “Are you ‘all in?'” I only needed a minute to decide that yes, I am all in.

How about you? What’s your “A ha!” story that led you to real estate?

PS I eventually sold that Boulder townhouse for a $136,000 profit. It’s the single best individual investment I’ve made so far.